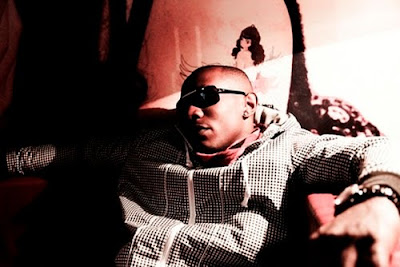 Our Wrap Up And Watch Out artist last week was SBD from Manchester and we're still in the same neck of the woods this week with another up-and-comer that goes by the name of R.I.O...

My names R.I.O and I’m a music artist from Manchester. I wouldn’t pigeon hole myself in one genre because I love and listen to all types of music from grime and hip-hop to electro and dubstep, but then I also listen to stuff like Snow Patrol and Kings Of Leon. So my sound can vary on whether I like the beat and the music and whether I can put my mark on it and make it my sound. Coming from Manchester I’m influenced by loads of different music ranging from reggae to bassline, it’s all here. My music is positive and even though I’m talking about some of the things I’ve seen growing up and how it can be out here, I’m still trying to put a positive spin on it by saying it can be different and my music is aspiring. I’m not glamorising street life either; I’m letting people know how it can be from both ends. It’s all there in my debut single ‘Narrow Roads’, it explains how the roads can be narrow and only a few really make it through. But then my music has a really fun element to it, because for those that know me know that I like to have fun.

My cousin T Bizzle from Streetsmart Ent got me into making music and rapping etc, but I always had a passion for music growing up listening to 2pac, Biggie, Nas, Dizzee, Kano, Wiley and Crazy Titch, they were the MCs I looked up to, I used to listen to their albums and sets all the time. As for now though my son is my main inspiration, writing wise, life experiences inspire what I write, where I’m from, what I’ve seen, what I want to see etc. Right now I’m listening to Jay Z, Eminem and Lil Wayne, but Drake is an all round genius.

I’m working with a mix of producers like Nathan Retro, Ali Karim, Bless Beats, Mos Wanted, Wittyboy, TS7, Jodz, Burgaboy and Mark 1, so my sound can vary. But mainly its grime, electro, dubstep and hip-hop, my music captures it all. I don’t mind stepping outside of my comfort zone if I think it sounds good. I see it as a challenge. You’ll start to see that more in my music and trust me there’s a lot more to come.

I think the UK is becoming more open minded now. I think the emergence of bassline helped shine the light on Northern cities which I suppose kind of let us slip in, but I reckon it’s all about who you know really.

First of all I have my single coming out, ‘Narrow Roads’ (produced by Bless Beats and Mos Wanted) which is getting a lot of love from 1Xtra and right across the UK. We’ve got a regional radio tour and a schools tour scheduled for March/April and the single is out for digital download in late April on Rare Breed Music. 2010 is going to be non-stop work really. I’m seriously looking to take my music worldwide.

Stay up to date with R.I.O on MySpace