MTV: Wrap Up And Watch Out: SBD 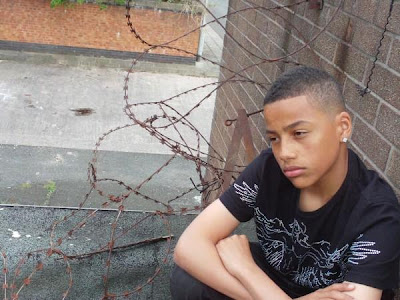 The Wrap Up comes across so much amazing UK talent on a daily so we thought we’d put together a weekly feature called, Wrap Up And Watch Out, in which we look at artists that we think could be huge in the future. This week we caught up with a young lad from Manchester called SBD for a quick Q&A session...

SBD: I'm SBD, a 15 year old artist from Manchester. SBD means, 'Same But Different' and I suppose my name alone sums me up.

SBD: My inspiration comes from my surroundings, but motivation pushes me and gives me a drive to succeed. I love haters nearly as much as I love my supporters because they mould me into a better person. My mum and family give me a drive so strong where if somebody gets in my way they can either move or die [Laughs]. But in general I listen to Eminem and on a UK scale I respect Chipmunk for what he does and how he's done it.

SBD: I wouldn't call my music grime or hip hop; I'd call it SBD music. I have a unique sound that you can only hear from me. There’s so many talented younger artists out there, but talent is 30% of the equation, tenacity, business, image and character makes up the other 70%, so in terms of that, there are only a few. Fugative is doing big things though, but realistically, nobody can step to me [Laughs].

SBD: Yeah, being from Manchester makes it a lot harder. I feel there isn't a “game” here, but Wiley is helping put some of Manchester's finest on the map and I believe by the end of 2010 SBD, Wrigley, Shifty and R.I.O will be coming to eat everyone and anyone. We're gonna come strong. Wrigley isn’t only a music partner, but a close friend too and I have so much love for him. Being from Manchester “real recognise real” and I bonded with him instantly.

SBD: 2010 is going to be the year I get to familiarise myself to the UK and hopefully get a bigger buzz around my name. I'm going to release a few singles and a promo album to show what’s what and I hope to get some big collaborations on the go as well. I’m also planning to enter the London scene with the hardest Manchester MCs. All I can ask for people is to watch and be ready.

For more on SBD check him out: HERE