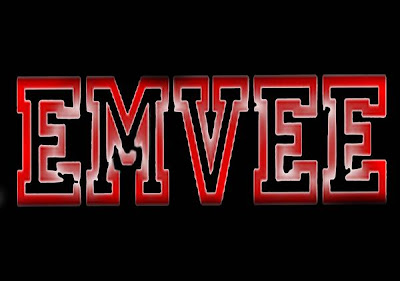 Over the past 10 years the bassline sound has grown into a huge scene, with at least half of the UK heading up to nightclubs such as Niche in Sheffield, or Warehouse in Leeds every weekend. But over the past couple of months a new sound has been cooking up in the bedrooms and studios of some of Birmingham's most well known bassline producers who’s aims are to get the ladies back into the clubs by making a new sound which is being called, UKB...

Emvee is one of the very few producers that have started to make this type of music which mixes the sounds of bassline, garage and hints of UK funky. He tells The Wrap Up how he got the idea to make this new genre of music.

"It started when I saw how Bassboy’s track, ‘Can’t Get Enough’, was going off in the raves and the potential for the sound," says Emvee. "With it being a garage sound influenced by bassline, UKB is what I feel the transition for the sound should be, so it made sense to make it. Now there are a few people getting on board creating and defining their styles, which is both exciting and fun to see and hear."

One would think that when a producer starts to create a different genre of music they might no longer be in love with the music they used to make. Was that the case with Emvee, though? "No! Not at all," shouts Emvee. "I still love bassline, I just share that love with other genres now. I've got love for music as a whole and if I hear something I like and it's new to me then I'll make it. I still make bassline, but at the moment I'm working on other things and trying to get myself exposure all over the UK as a producer in general. I’ve got fingers in all of the pies [Laughs].

In recent months a lot of bassline fans have crossed over to UK funky and many have said that the bassline sound is dead, but with a genre being 10 years strong then surely it can't just die like that can it? "I think there is a quality control issue," says Emvee. "In my opinion, when something new comes around and it's liked by a majority, everyone naturally will want to get involved. When this happens you get the odd eager person not caring about quality and that’s where that issue begins. I actually think UK funky is going through that issue at the moment. Right now I think bassline is as live as it used to be, you only need to go to the Niche nightclub in Sheffield to see this."

So the question is can UKB could do what UK funky did last year, this year? “I hope so, I don’t see why not. The sound is fresh but yet familiar so it’s pleasing to the ear," said Emvee. "Right now there is only a select few trying it and we just need more people making quality music and get on board with it and I'm sure the sound will grow from there really. For the next year it's all I will be playing in my sets and so will Bassboy, so we will see how it goes."

For more on Emvee, check him out on Twitter