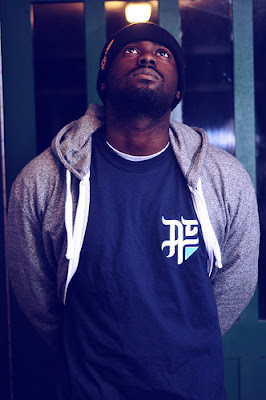 South London grime MC, P Money, had a massive year in 2009 with bookings all over the country and with his mixtape, ‘Money Over Everyone’, selling untold amounts. He was one of the reasons why grime came back strong last year. But at the moment all eyes and ears are on P Money for one reason and one reason only, the Ghetts clash. “War dubs” have been made against each other which you can hear all over the Internet, the forums, YouTube etc and it’s becoming very intense. “Ghetts remixed a lyric of mine that I thought was directed towards me,” says P Money. “So I did the same back, I remixed his well known lyric, “There's no introduction needed" and turned it on him (the tune was called Top 3 Selected). He then replied with the Plaistow video two years later and I thought, yes, finally, let’s do this.”

With Ghetts being the legendary grime MC that he is, it's a bit of a shock to see how many people are backing P Money over Ghetts, seeing that he is relatively new and all. “I'm not surprised they rate me because I'm "new", I'm just surprised at how may people rate me in a clash,” says P Money. “Just because an MC has been around for longer it doesn't mean anything in my eyes. You get your respect, but new people will always come along, it's just a matter of what you say. Ghetts has been missing, he's been around for long, but in the last year all he's done is three videos whilst I was doing everything, everyday.”

Surely there needs to be a face to face clash taking place soon? Lord Of The Mics 3, maybe? “Yeah I've been waiting. It doesn't matter where (I'd prefer a rave though). If I could just get everyone in one place, me, him and a MIC, we could just do this. I don’t know why he's being long, he's known about this for two years and I don't get it. Why is he taking so long? Does he really need two years to prepare? He's talking about wanting to go mainstream and, but if he's so sick he could deal with the clash and then do his thing after.”

“Ghetts called Dot Rotten for information on me and Dot actually tried to get it. I see that as a big disrespect because Dot was calling me the other day saying he wants to do tunes and that. This clash has just brought out the snake in people. I never once said Ghetts wasn’t good, but the clash doesn't have anything to do with anything else you've done, it's all to do with what you say in the clash so calling Dot for dirt and not getting anything is "LOL OK". Everyone who wants to know where or when the clash is, ask Ghetts, because I'm thinking the same thing you lot are. I'm ready. Now!”

For more on P Money, check him out on MySpace

A version of this also appeared over at MTV: HERE
Posted by Joseph 'JP' Patterson at Wednesday, February 17, 2010