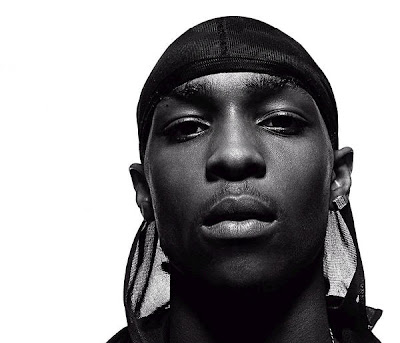 Boy Better Know CEO, JME, has had a very busy couple of years. First he took over the MySpace world as well as the t-shirt selling business and then moved on to releasing music via his very own Boy Better Know record label.

Now, the ‘Over Me’ hit-maker can be seen all over the UK with his friend in grime, Tinchy Stryder, on his ‘Catch 22’ tour. “The Tinchy Stryder tour has been out of this world,” JME told The Wrap Up. “I just released my single, ‘Sidetracked’, and I’ve also got a next single lined up. A few hiccups like this girl hitting my car and not owning up!”

With all the success that Boy Better Know has had you’d think they were signed to a major, or something. But they’re not. They’ve managed to market themselves as if they have a PR person working for them 24-7. But they don’t. “I think it’s because we make good music and set no boundaries for ourselves. No expense is spared; we save up and do our thing, maybe major labels will one day give us a bunk up over the wall or we’ll just climb it ourselves. I wouldn’t say I plan to get signed, I don’t plan on doing anything except making more music,” JME explains. “Anything else that happens is just something that happened along the way while I was making more grime music.”

‘Over Me’ was a huge hit for the grime MC and he would’ve had to make a big follow-up to match the success of it, but from YouTube hits alone he’s seemed to have conquered the grime music buying market once again, despite the fact that some said that the new single 'Sidetracked' wasn’t grimey enough.“It is grime. I’ve seen a few people say that it’s mellower and that it’s different, but it is grime. I’m just expressing my feelings over a track and the song is about the way I sometimes feel when things aren’t going right for me and I need a little help from my friends to get back on track. I made this track to help people become strong when they’re feeling a little down or weak.”

With such a busy schedule so early in the year, can we expect to see another album or mixtape from Mr. Adenuga anytime soon?

“Fans can expect more music, I’m doing as much as I can at the moment and I’m only one person. I have no manager, no chaps, and no chain. I have a track with Tempa T which we are shooting a video for in 30 days and then I have a track I’ve not shown anybody yet coming after that. Other than all of that we’ve got a few Boy Better Know tracks which are going to be released and the album is on the way. Like I’ve said before, just loads of fresh new sparkling music.”

This also appeared over at MTV: HERE
Posted by Joseph 'JP' Patterson at Friday, February 26, 2010