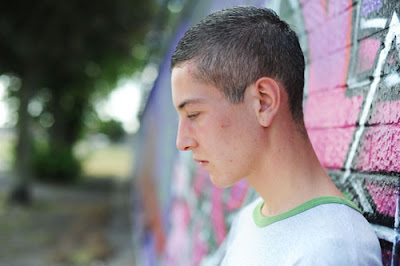 Over the last six months everyone’s been talking about Devlin due to his epic releases, ‘London City’, ‘Community Outcast’ and more recently, ‘Giant’, and it seems to have finally paid off for him with his recent signing to Island/Universal.

“I’ve enjoyed the whole journey and I’ve been making progress,” says Devlin. “I’ve been able to perform my music all over the country, can’t ask for much more than that.”

Apparently there were up to 5 major record labels going head to head in a bidding war for the east London grime MC until he finally chose to sign with Island/Universal (homes to the likes of Tinchy Stryder and Wiley).

“I ended up signing with them because a number of things. Their track record is second to none and they know their business very well and have a history of making good decisions. They understand me and the music I make which was a very big thing for me and my management team.”

How would one celebrate getting signed I wonder? “Me and the boys went out and got absolutely hammered!”

That’s what we like to hear. From The Wrap Up team we salute you Devlin. Well done!

Stay up to date with Devlin on MySpace

This also appeared over at MTV: HERE
Posted by Joseph 'JP' Patterson at Wednesday, February 24, 2010