JP Loves A Bit Of Homegrown...Part 2! 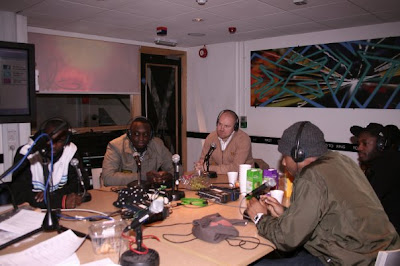 So on Sunday I went to the BBC 1Xtra HQ for a debate show on Ras Kwame's Homgrown Show and I have never felt so nervous in my life, I was mumbling and basically saying a lot of fraff and missed out a lot of things I wanted to say. I think I was star struck, not of the people in the room because I knew most of them, but the fact that there were thousands of people locked in listening to my every word. It was strange because when I do my shows with Hyperfrank on Diesel Music Radio, I'm fine. Oh well, next time I shall be on point, maybe I just needed some Rose in my bloodclart system, haha!

If you want to listen back to my terrible voice on the show alongside, Wretch 32, J2K, Baby J, Twin B and SB.TV, then click: HERE
Posted by Joseph 'JP' Patterson at Tuesday, February 16, 2010