The Guardian - Kano: I'm helping the future of our youth

The Sunday Times might call me a 'foul-mouthed' rapper, but at least I'm using my voice to do something positive for my community... 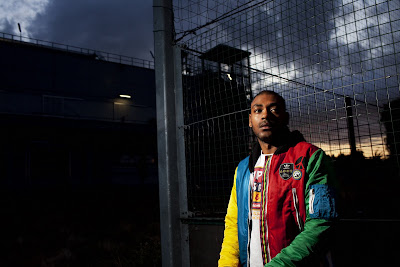 Recently, I wrote a song called More Than One Way to promote the government's diploma scheme.

I wanted to use my voice to do something positive. There are too many kids who don't think they can make it to the top. They give up before they have even started, but in my eyes everyone can succeed and it's really important that young people believe in themselves.

The Sunday Times wrote a negative piece about my involvement in promoting the diploma, trying to paint me as the stereotypical "bad-boy rapper". The piece was full of mistakes. For one thing, I'm not helping Ed Balls, I'm helping the future of our youth, and if it wasn't about that then I wouldn't be involved. "Foul-mouthed" or not, I'm doing more for my community than a lot of others. This scheme could potentially change a young person's future for the better, so how could you be against that?

Personally, I enjoyed school as much as the next kid. I was into art and every sport going from football to table tennis, so I kept busy. I never bunked a day off and left with 9 GCSEs, if I remember correctly. I enjoyed the freedom you get at college, though. I took a BTEC National Diploma in graphics and ended up doing well.

My favourite lessons in college were when we would have a professional teach us, or when we went out of the classroom for the day. You take in so much more when someone who's been there and done it is telling you. I wish more subjects were based on the practical side of things, where you learn about what you need to know in the real world.

Some people come out of university and still have no real idea of how things work or what they're going to do. Then you have people who didn't take that route and are doing well. I believe in education, but I think the balance has to be right between theory and practical experience. I think from secondary school onwards it should be more about preparing you for life and work in the real world. Nothing beats the hands-on approach and the diploma seems like it has that. That's why I recorded the song. And that's why I think the Sunday Times was wrong to criticise me for it.

Kano was speaking to Joseph Patterson. You can download More Than One Way now for free at www.kanosworld.com

A version of this appeared over at The Guardian: HERE