NME: How Dizzee Rascal And Tinchy Stryder Turned Their Backs On Grime 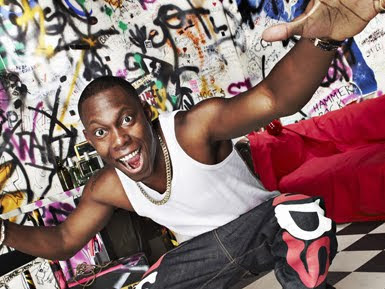 Remember when grime was the future?

Six or seven years ago, you couldn't open NME without seeing an excitable feature on Lethal Bizzle. Broadsheet rock critic Simon Reynolds called Dizzee Rascal's 2002 single 'I Luv U', "one of those epoch-defining moments, on a par with Sex Pistols' 'Anarchy In The UK'." Riding a wave of hype, Dizzee's debut album 'Boy In Da Corner' won the Mercury in 2003. Grime was written up as a truly home-grown, utterly British phenomenon that would inevitably come to dominate the charts and define a generation.

It never really happened. Instead of storming the charts, grime stumbled down the dead end of grindie, before (so it seemed) fizzling out and seemly giving up any designs on the mainstream.

But now look: Dizzee has had three Number 1s in a row. Tinchy Stryder also hit the top spot with 'Never Leave You'. Lethal Bizzle is working with Mark Ronson, Wiley with ASBO-pop overlords N-Dubz. It's as though the predicted grime chart takeover has finally happened - six years after everyone said it would.

So why aren't we celebrating? The uncomfortable truth is, these 'grime' stars are not making grime music any more; they've hit paydirt by churning out radio-friendly electro-pop. Moreover, Dizzee et al have turned their backs on the underground at a time when it could use their patronage. The scene is, if not exactly struggling, not thriving commercially. The clubs that once played grime are now running UK funky nights. If ever there was a time for these grime MCs-turned-pop-stars to embrace their roots, now is it.

Sure, Chipmunk may guest on the odd grime track, and Dizzee did sign grime acts Newham Generals and Jammer to his Dirtee Stank label – but it's by no means enough to appease the underground scene that spawned them.

Then again, perhaps we should be grateful that – away from the glare of the mainstream – the underground is still surging ahead creatively.

Hence, regardless of whether Chipmunk wants to spend all his advances on Diamond Rings, or Dizzee Rascal wants to go on Holiday with Calvin Harris, us grime stalwarts still have Tempa T, one of the scene's most unique MCs and also creator of the catchiest tune of the year, 'Next Hype'. Then there's P Money, with his witty lyrical content and skippy flow, and Devlin, with his intellectual and thought-provoking lyrics.

So grime's not dead, far from it. But it might be nice if Dizzee and friends deflected just a fraction of the attention they're currently enjoying onto the scene they came from.

A version of this appeared over at NME: HERE