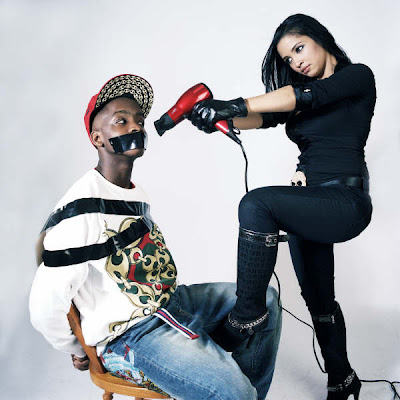 Known for: ‘Stick Up’

Dotstar is an 18-year-old artist from north west London and he isn’t new to the music game he will have you know. Starting off working with grime/hip-hop camp Skata Records, he learnt many tricks and trades of the music biz. “I started admiring music as a small boy and I constantly watched Michael Jackson dance. I began to take dancing seriously by entering talent shows etc., but as I got older and experienced life a bit more I started expressing myself through music, writing lyrics and recording songs. I built on my talent and one day I was noticed by Skata Records, I joined the record label and started making music on a highly successful underground level," Dotstar explains. "After years of grinding, I had eventually found my own style and sound and put together some strong material which landed me an album deal with SRE."

SRE, also known under the name Sidewinder, is renowned for breaking talent within the UK grime scene and Dotstar is no exception. But his love for grime music then changed as he got older over the year, “I remember when I would write a fresh 16 everyday of the week and wait until Friday to show it off at my local youth club. As I got older I my eyes opened to all different genres of music and now instead of trying to please one audience, I try to capture all audiences by making good music, feel-good music, the type of music that will put a smile on your little brother or even grandma's face. In my opinion, grime isn’t dead, grime can’t die! No musical genre can die, well at least for now.”

From grime to funky house, Dotstar has now made the transition and his new sound has taken him from the average MySpace MC, to one of the funky house scenes biggest artist with his track ‘Stick Up’. “I’ve been grinding for years, but I really think the hard work paid off on ‘Stick Up’ over the last couple of months. I put in loads of ground work, networking with DJs especially trying to build the buzz, I think so far I’ve sent out at least 250 specials off my back. At the end of the day if you put in the work and stay humble, it will defiantly pay off. Also I have been working very hard in the studio working on my debut album, ‘Flight BA231190: Destination Pluto,’ got some strong hits lined up and my aim is to keep my name in the mouth of the people and put myself out there as a brand and try to stay humble. By the end of 2009 I want everyone in the industry saying, "Who’s this Dotstar Kid?”

A version of this appears in SUPERSUPER Magazine issue 18