The Voice Newspaper: Is It The End Of The Urban Music Club Night? 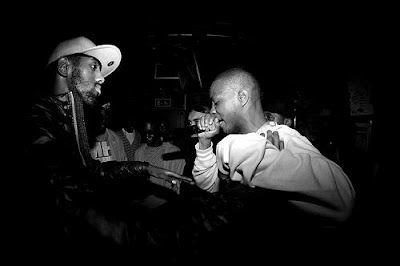 The black music scene in the UK, or as some people would like to label it 'urban', has come up against many battles in its effort to become credible. From underground acts getting signed and then dropped as soon as they don't gain a top 10 hit, to club nights getting closed down due to the fact that it features music that tend to be associated with black people. The Metropolitan Police have recently set up a new system whereby all live music events that contain bashment, garage or R&B music, and everything in between, will now have to complete a form called ‘Form 696’, which is a document that all club night promoters have to fill in if they wish to play those types of sounds at their events.

This is all apparently due to the fact that many of shootings and stabbings that have taken place in the capital have happened in and around club nights that people would tend to put under the 'urban' bracket. There has been outrage from unlikely people, such as former punk rocker and current CEO of The UK Music Industry, Fergal Sharkey, who has complained to the Equality and Human Rights Commission claiming that The Met seem to be focusing on music enjoyed by black and Asian teenagers. In a letter he wrote to Sir Ian Blair recently, he said: ''In explicitly singling out performances and musical styles favoured by the black community: Garage and R&B, MCs and DJs, we believe the use of the risk assessment Form 696, is disproportionate, unacceptable and damaging to live music in the UK.''

This issue isn't new to the urban music scene. Back in 2006 music journalist Chantelle Fiddy had to deal with something very similar, in which her popular grime club night, Straight Outta Bethnal, was shut down at its resident nightclub, 333. The popular MC-based event had to be closed because there was a shooting near the venue and The Met automatically linked it with the event even though it wasn't linked in any kind of way.

What must the urban club night do to save itself? I asked Pete Todd, the promoter behind London’s 100% grime night, Dirty Canvas: ''When we first started our nights it was virtually impossible to put on a grime night in London as clubs were too scared. We had to use Art galleries such as the Whitechapel and the ICA to put on the acts we wanted and even then we felt we were only one incident away from being shut down. Through our successful and trouble free nights, we're now in a position to hold nights in most clubs. Our most recent JME concert at Astoria felt like a big breakthrough, as it was the first time an unsigned independent grime act had headlined a concert there.

He continued: "Until recently, it had felt like it was becoming easier to put on urban nights, but this Form 696 seems to be another step back to shutting them down again. I think many artists will see this as an attempt by the government to close down their music scenes. The government has spent a lot of money on community music schemes in deprived urban areas, yet it is placing a hugely restrictive barrier from these musicians progressing and being heard and in the current music climate of downloads. Live performances are hugely important, both financially and for artists development.''

Save the urban club night!